T. B. Scott Library’s Community ArtShare program originated in 2006 with a $10,000 grant from the Mead Witter Foundation, Inc. with which secure display cases, easels, and other items were procured that have enabled the library to become a place for local artists and collectors to display their creations and hobbies. Displays featuring one or more artists or collectors are featured each month on an ongoing basis.

It’s All About Perspective!

We start the new year of Beyond Books: Community ArtShare with an exhibit entitled: It’s All About Perspective, by Chase Davis, which will be on display the months of January and February at the T. B. Scott Free Library.

Chase is a local artist born and raised in Merrill. At the age of 3 he was diagnosed with autism. His mom, Julie, says he will always need some assistance with his day-to-day life, but he has come a long way from the early years. He has had a love of trains, planes, and semi-trucks since very young.  She continues to say that Autistics can become obsessive about their interests and Chase’s love turned into drawings. She believes it is calming for Chase to draw his favorite things.

Chase has a wonderful perspective in his drawings. His favorite medium is a simple #2 pencil on paper which has resulted in a few hundred sketchbooks filled with his creations. Local railroad enthusiasts have been supporting and encouraging Chase throughout the years with gifts of calendars and magazines which he uses for inspiration.

When Chase was in high school, some of his drawings were made into Christmas cards which were sold around town. He made over $900 which he then donated to his specials needs classroom for field trips and extras for the classroom. Chase was also featured in a national railroad magazine called, Railfan & Railroad.

When Chase breezes into the library, we always ask him how he’s doing, and he always enthusiastically answers, “Living the dream!” The art he draws on paper, and the happiness he creates just by being himself, is a wonderful gift.

And in the end, it’s all about perspective. 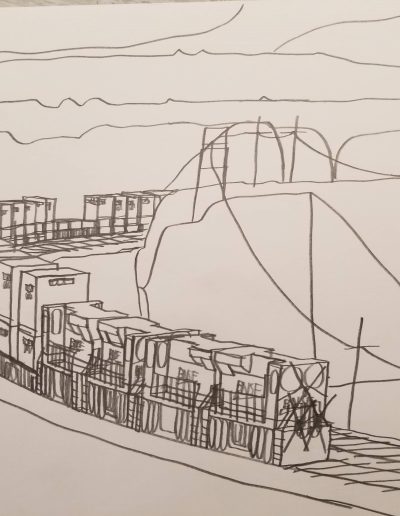 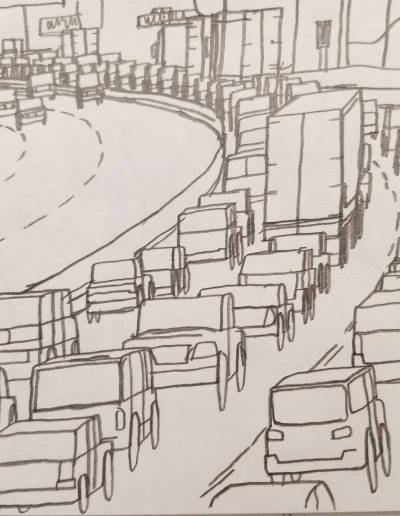 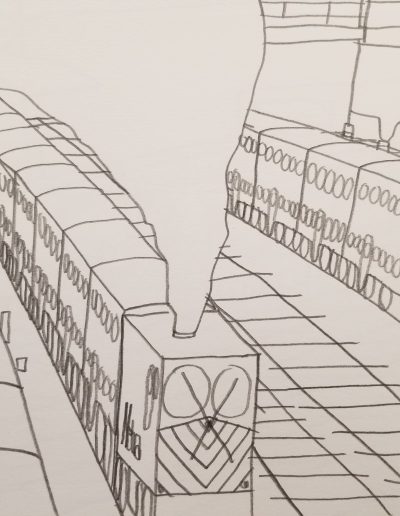 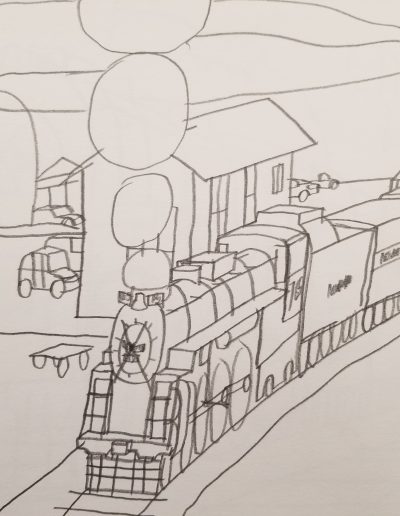 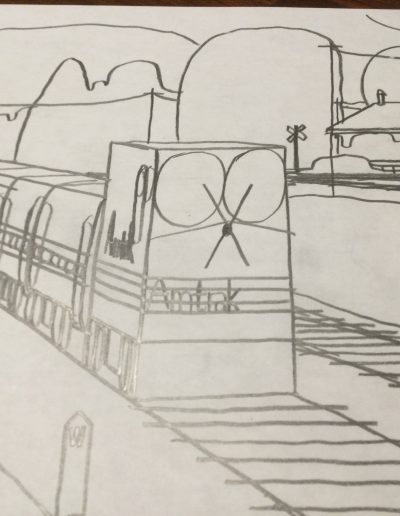 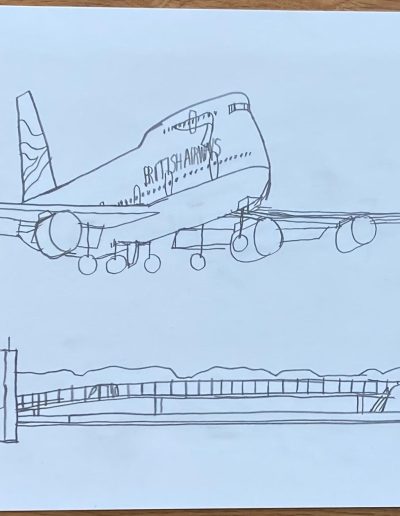 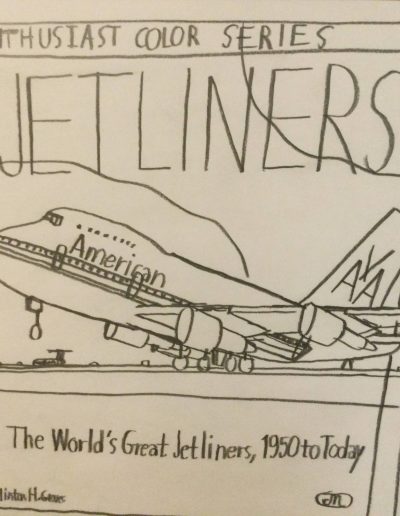 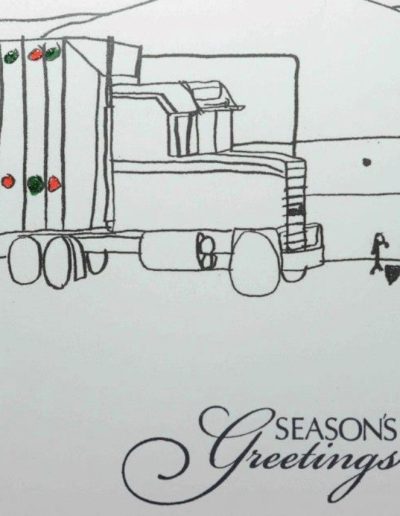 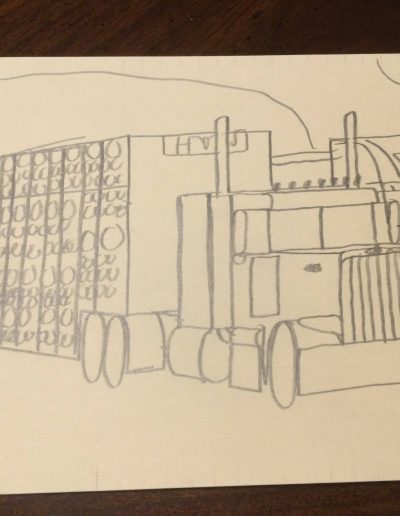 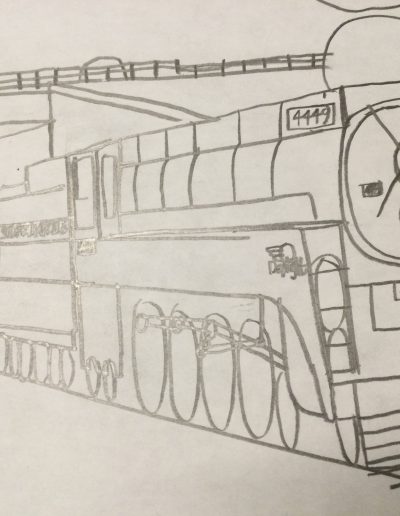 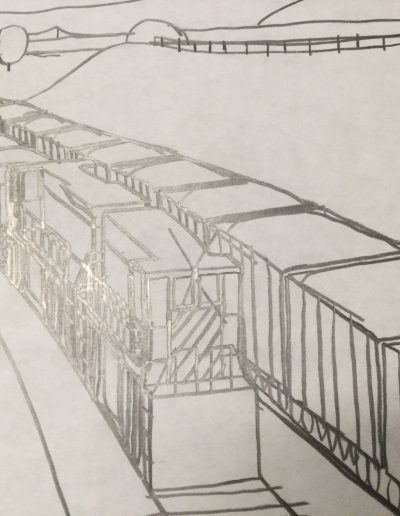